Learn more about: how to write a perfect resume

Performing Arts graduate with 1 year of experience in acting. Seeking to leverage educational background and experience to excel further in the performing arts industry.

Attended multiple stage rehearsals, memorized lines, and collaborated with professionals to realize performances for small theaters. Worked closely with directors and writers to ensure interpretation of characters, dialogues, and actions were suitable for the role.

Applied numerous acting techniques and a variety of specialized skills to successfully carry out comedic and dramatic roles onstage. Studied and collaborated with actors and actresses to ensure performances were successful and followed the director’s leadership and directions.

Portrayed a variety of male characters through the use of emotion, language, and movement. Ensured performances stipulated by the director’s instructions and writer’s scripts and those variations were agreed upon ahead of time by the production staff. 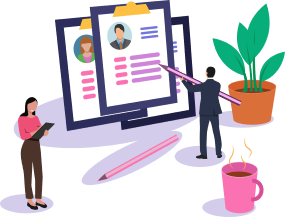 Learn more about the differences between a resume and a CV.

Download our British/European style cv template. Similar to a resume but more commonly used in Europe, Asia and Africa.